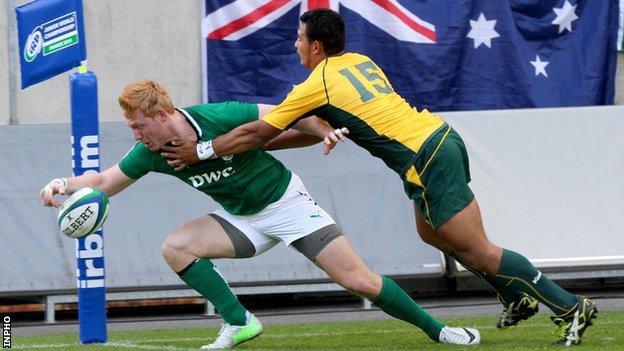 Ireland caused an early shock at the IRB Junior World Championship by beating Australia by 19-15 in Brittany on Wednesday.

Daly landed a difficult conversion as Ireland led by 10-8 at the break and he added a further three penalties in the second half for Mike Ruddock's team.

Ireland will play Fiji on Sunday and then New Zealand on Thursday 13 June.