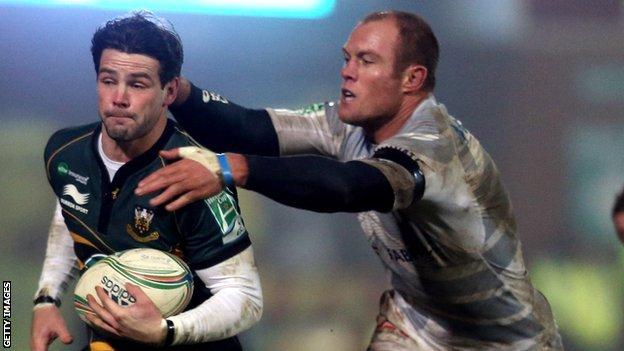 Northampton chief executive Allan Robson has said his side have been handed the hardest Heineken Cup draw.

Saints, who fell at the group stage last season,

Robson told BBC Radio Northampton: "This has got to be the toughest group.

"Leinster are the RaboDirect Pro12 champions. Castres are the Top 14 champions. And we were Aviva Premiership finalists. That's a pretty tough draw to be in."

The draw has pooled Northampton and French side Castres together for the fourth consecutive year, with Saints winning four of the last six encounters.

Welsh region Ospreys and Northampton have never met in a Heineken Cup match, but

"We don't relish those teams. But if you want to be the best, you have to beat the best of the rest," said Robson.

"They're certainly not going to relish playing Northampton either."

Saints finished last season without a trophy but put up a strong showing, with 14 men, following the dismissal of Dylan Hartley, in

And they twice caused major upsets by winning their and

"We can win the pool. Of course we can. We saw a number of instances last season where our results proved that," he said.

"I think the Saracens semi-final in the Premiership, followed by the final, proved an awful lot to a number of doubters that have said we're nearly-men.

"I thought we showed tremendous character, skill and passion in those games and arguably we're a stronger squad coming up this season."