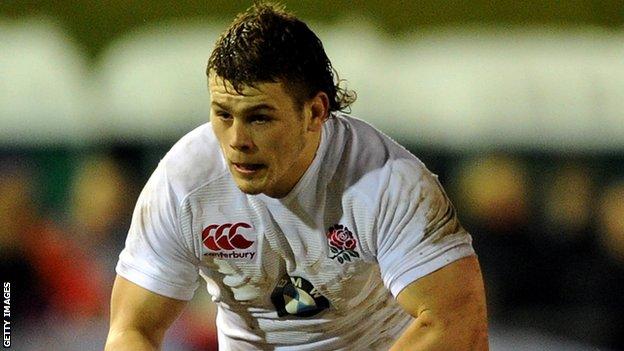 Cowan-Dickie, in the Championship last season, got the opening try in the win.

For the club to have so many players in the squad is good for them, knowing they have an academy coming through and helping them out

"We were quite lucky to get that 30 points," Cowan-Dickie said.

"It was a difficult game, a lot more difficult than the Six Nations game in March.

"They really brought it to us, the first half was hard and the scoreline was quite close.

England face South Africa in their next group game on Sunday, with the Springboks going into the match having crushed the USA 97-0 in their first fixture.

"If we can perform a bit better than we did against France we'll be in with a shot," Cowan-Dickie added

"We can't take South Africa lightly. They beat us last year and are a quality side, but hopefully we will get a hard day of training in tomorrow and take it into the game."

The 19-year-old, who has played 17 times for England's Under 20s, says having so many Exeter players in the squad is a real help.

As well as the four Exeter players in the starting line-up, fellow Chiefs player Joel Conlan is also in the squad.

"It's is good having your team-mates from back home in the England squad," added Cowan-Dickie.

"For us to have so many is good for you because if you are feeling down you've got someone to speak to.

"For the club to have so many players in the squad is good for them, knowing they have an academy coming through and helping them out."