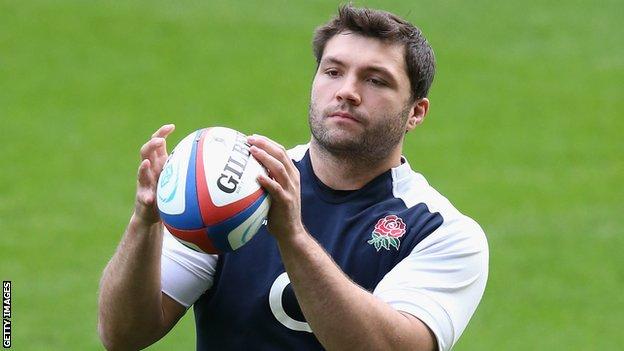 England prop Alex Corbisiero has been called up to the British and Irish Lions squad to provide cover for the injured Cian Healy.

Healy's tour may be over after he sustained suspected ankle ligament damage against Western Force.

"Cian has had an X-ray and, while his left ankle is not broken, he will be assessed further," said Lions coach Warren Gatland.

"In the meantime we need to get Alex over here as soon as possible."

Healy, 25, twisted his left leg in the 37th minute of the Lions' 69-17 win on Wednesday and had to be taken off on a stretcher in Perth.

Corbisiero, 24, was part of the England squad currently in Argentina for the two-Test tour, but has been released immediately to join Gatland's team.

The Lions play Queensland Reds in the third match of their tour on Saturday.

"We're delighted for Alex," said England head coach Stuart Lancaster. "It's very pleasing for him after he missed the Six Nations through injury and he goes with our full support and blessing."

England have no plans to add a replacement to their squad in Argentina.

The Red Rose face the Pumas on Saturday (20:10 BST) in the first Test, before the sides meet again in the second Test on 15 June.