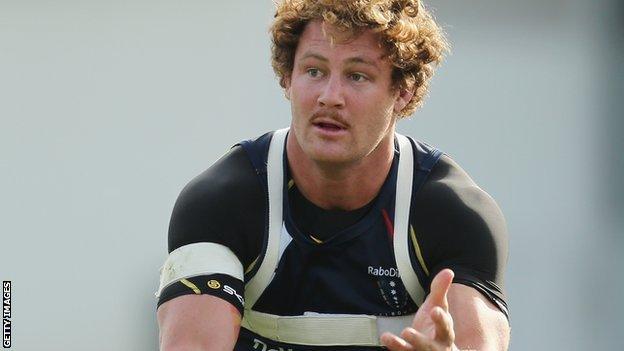 Australia flanker Scott Higginbotham will miss the British & Irish Lions Test series after it was confirmed he requires shoulder surgery.

He is the fifth frontline Wallaby to be ruled out of the series starting in Brisbane on 22 June.

Wing Digby Ioane is also likely to miss at least the first Test as he recovers from knee cartilage surgery.

But full-back Kurtley Beale appears likely to be considered after returning to action following treatment for alcohol-related issues.

Beale has been training with the Wallabies squad this week.

He is set to summon a further six players after this weekend's Super 15 matches.