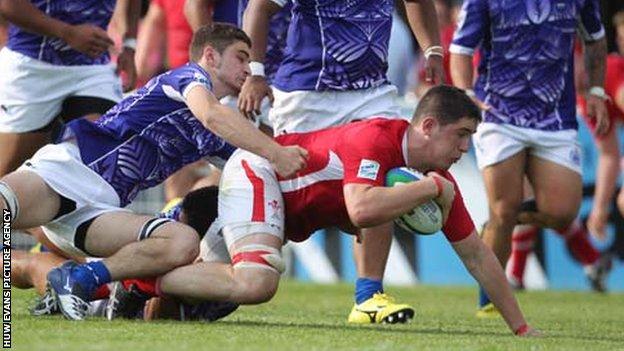 Wales Under-20 scored six tries in a commanding win over Samoa in their opening Junior World Championship.

Debutant Hallam Amos and Jack Dixon crossed in the first half as Wales, who finished third a year ago, opened an 18-3 lead in Nantes.

Scotland will be Wales' next Pool C opponents on Sunday.

Coach Danny Wilson has been forced to blood a host of new faces for the Championship in France due to a number of call-ups by the senior Wales squad on tour in Japan.

"We set ourselves a target of a bonus point which we achieved and we didn't pick up any injuries," Wilson said.

"We stuck to our set piece and tried to tire them out. The backs finished extremely well and we scored some good tries."