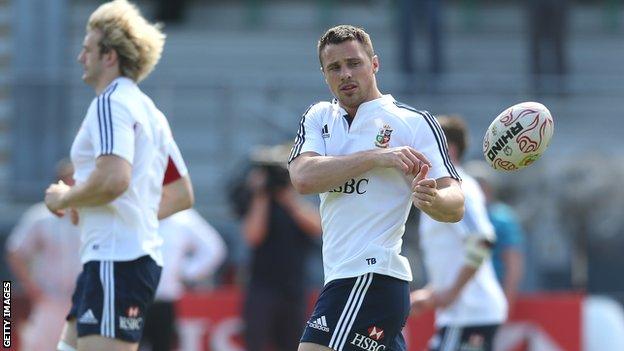 The Ulster player will start for the Lions in Wednesday's game against Western Force in Perth.

"Warren is here to do a job, he is here to pick a team that's going to go and win the series," said Bowe.

"He wants to be 2-0 up (in the series), and I think that is exciting for us as players because he's breeding that confidence into us.

He added: "I think it is really shining down throughout the squad."

Bowe was a key performer in South Africa four years ago, impressing as a wing and centre.

Few players could have done more with regard to trying to stave off a painful 2-1 series defeat.

Bowe is now back for more after recovering from a serious injury earlier this season, and he is determined to feature in the Test series against Australia.

"My main priority is to get picked in the Test squad, but I want to win. That has been the message from the outset," he said.

Bowe will line-up in Perth alongside his Ulster team-mate Rory Best, who will make his Lions debut.