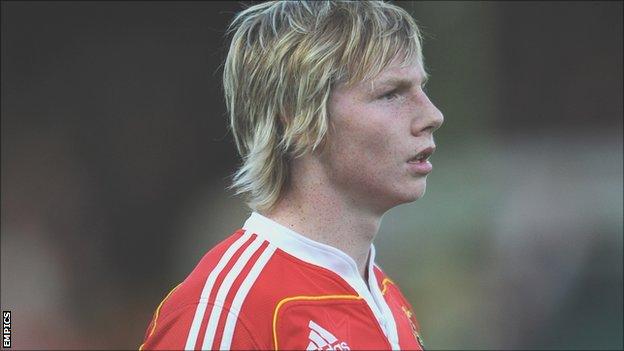 Newcastle Falcons have signed centre Danny Barnes from Pro12 side Munster on a two-year contract.

The 23-year-old, who has played across the three-quarter line, has Ireland under-20 honours and scored seven tries in 34 games for the Thomond Park club.

"From talking to Dean it is clear that he has big plans," Barnes said.

"After gaining promotion to the Premiership I am looking forward to testing myself on the big stage next season."

Meanwhile, Falcons have been seeded in pool two of the Amlin Challenge Cup draw, which means they cannot be paired with London Irish, Sale Sharks, Newport Gwent Dragons or Rugby Viadana.