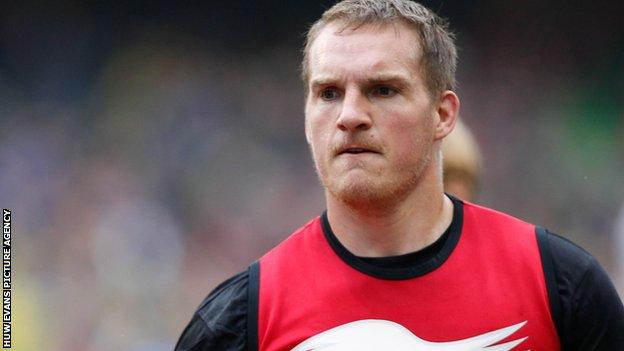 Jenkins missed the 59-8 win over the Barbarians after suffering a recurrence of his long-standing calf problem.

The 32-year-old will not feature against Western Force on Wednesday.

Lions forwards coach Graham Rowntree said captain Sam Warburton is expected to take a full part in training on Wednesday as he steps up his recovery from a knee injury.

Warburton increased his workload and started running drills on Tuesday, having also missed the victory over the Baa-Baas in Hong Kong.

Meanwhile, former Cardiff Blues fly-half Sam Norton-Knight has been named in the Western Force team to face the Lions in Perth.

The Western Force squad includes six players with Test experience, although coach Michael Foley has blamed a tight schedule for having to leave out regular starting players from his squad.

Foley's side have an important Super Rugby clash against the New South Wales Waratahs at the weekend, forcing the coach to find a balance in his team selection.