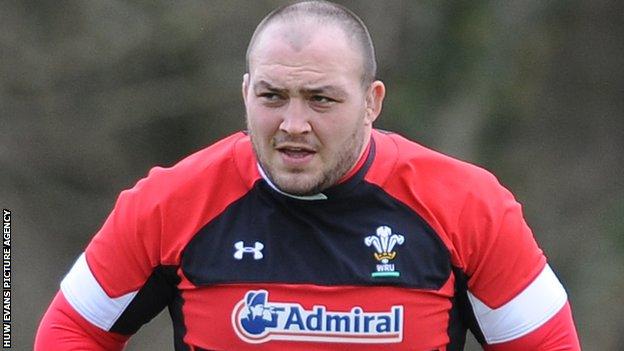 The 27-year-old former Ospreys player, who has 14 caps, is out with an ankle injury.

Defence coach Shaun Edwards said he hoped Mitchell would be fit to return for the second Test in Tokyo on 15 June.

"It's an old injury that's flared up again. Hopefully he will be right for the second Test," Edwards said.

"I think it's more of an injury that he carried over here because he hasn't trained since he's been here."

Wales have travelled to Japan without almost 30 players either injured, rested or on tour with the British and Irish Lions.

Cardiff Blues lock Bradley Davies, who has not featured for Wales since last November's Autumn Tests, will captain the side.

Davies has not played for his country since he was punched from behind by New Zealand hooker Andrew Hore at the Millennium Stadium in November.

Hore was banned for five weeks for his action, which forced Davies to miss the following Test against Australia.

An ankle ligament injury in January then ruled Davies out of Wales' Six Nations title win.