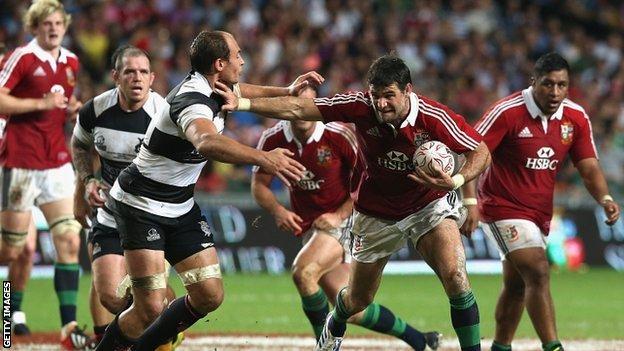 - The British and Irish Lions' victory over the Barbarians

- Which players have enhanced their chances of making the Test side

- The suspension of Schalk Brits for punching Owen Farrell

- England's performance in their tour match in Uruguay

If you have a question for Jerry, on any rugby-related topic, post it in the comments section at the bottom of the page. He will answer as many as possible in the next day or two but not every question submitted can be used. Submissions are now closed for this week, check back later for Jerry's replies.