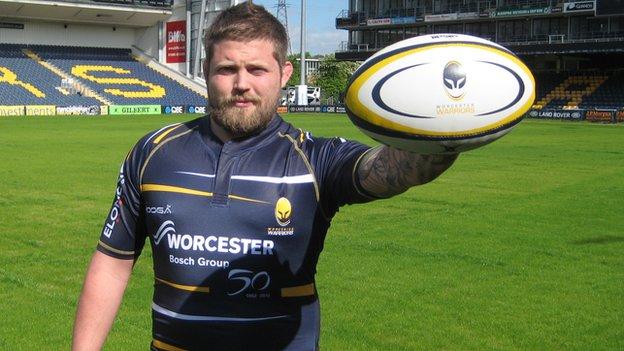 Worcester had already made eight signings for next season prior to Ryan's arrival, including another hooker, Montpellier's Agustin Creevy.

Brooker, 26, will compete with Creevy, Ed Shervington and Ollie Hayes to line up in the middle of their front row.

Bristol-born Brooker has not played since suffering a bad knee injury in February 2012, just a week after being called up to the England squad as cover for Lee Mears.

But fears that it could have been a career-ending injury proved groundless - and he is now understood to be fully fit, having simply fallen behind Joe Gray and Rob Buchanan in the Quins pecking order.

"I have worked hard and I am gagging to get back out there and put a tackle in," said Brooker.

"A week before the injury I got called into the England squad for the Six Nations game against Wales.

"I had played Saxons as well so things were going really well.

"Then I played Newcastle and got the injury, from the biggest high to the greatest low in your career.

"You wonder if you will ever play again. I have been able to work on my ball skills and still do my throwing, but the next step is to get back into contact and start the season well."