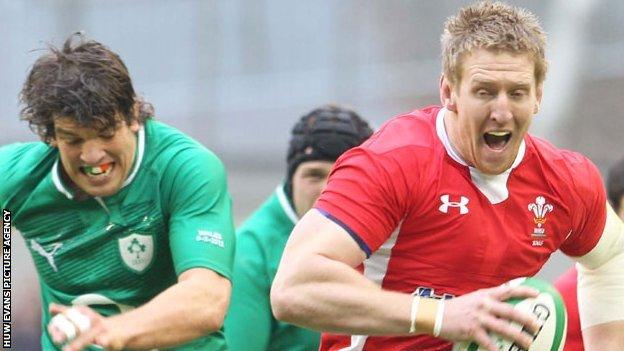 However, experienced players such as versatile back-five forward Ryan Jones and hooker Matthew Rees were overlooked for the Lions tour and

Davies, 26, and with 38 caps, missed Wales' 2013 Six Nations success because of an ankle ligament injury and returns in the absence of Lions tour locks Alun Wyn Jones and Ian Evans.

Patchell, 20, who has impressed in his debut Blues season, covers Priestland's absence.

Owens' fellow Scarlet Phillips, 26, and Osprey Baldwin, 24, will battle for the hooking berth.

21, who can play fly-half, centre and full-back, joins back-row brother Aaron in the Wales squad.

He is included a year after the International Rugby Board ruled

There is a recall for Newport Gwent Dragon Tom Prydie, who became Wales' youngest Test player in March 2010 aged 18 years and 25 days, but who made the last of his four Wales appearance three months later on tour to New Zealand.