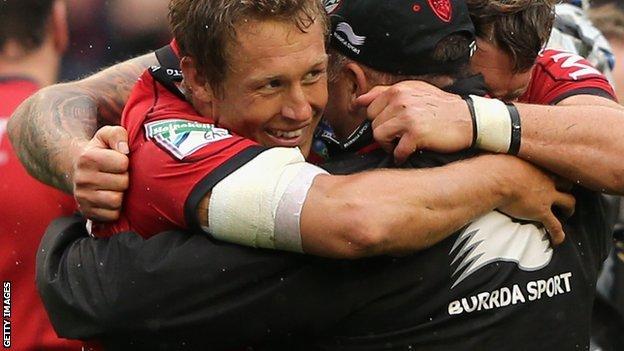 Ex-England fly-half Jonny Wilkinson has been named European Player of the Year.

The award is given to the player adjudged the best performer in the Heineken and Amlin Challenge Cups.

"To receive an award of this importance towards the end of my career is really special. I feel privileged to have been nominated," said Wilkinson.

He scored 17 out of 17 penalties in the quarters, semis and final of this season's competition.

Wilkinson, who turned down the opportunity to tour Australia with the British and Irish Lions this summer to concentrate on the conclusion of Toulon's season, follows in the footsteps of the Leinster duo of Rob Kearney and Sean O'Brien, winners in 2012 and 2011 respectively.