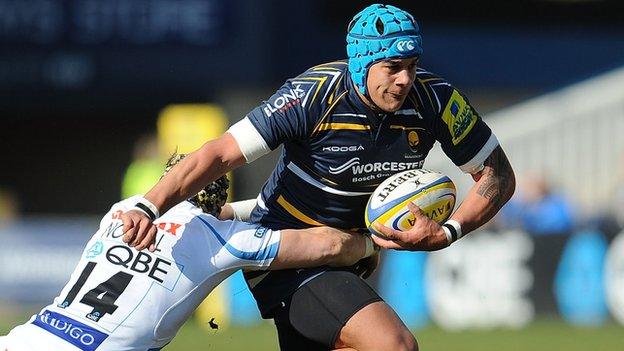 Worcester centre Josh Matavesi will miss the final two games of the season after being banned for a high tackle in Sunday's 47-17 defeat at Saracens.

He pleaded guilty to the charge of a dangerous tackle on Neil de Kock.

The ban runs to 6 May - two days after Worcester's season ends - and then reactivates from 31 May to 6 June.

It means he will also miss Fiji's first two matches in the Pacific Nations Cup against Japan and Canada.