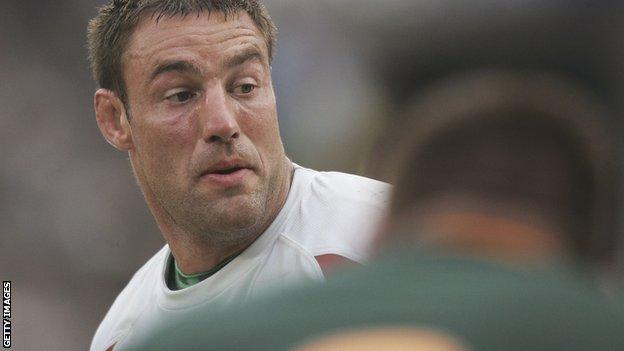 Bristol lock forward Roy Winters will retire from professional rugby union at the end of the current season.

Winters, who won two full caps for England against South Africa in 2007, has made 188 appearances during eight seasons at the Memorial Stadium.

"It's been an incredible honour to represent Bristol," the 37-year-old told the Championship club's website.

"I want to go out on a high and I'm fully committed to giving my utmost between now and the end of the season."

He continued: "I've made friends for life playing rugby and I've had some fantastic highs with Bristol. It's been a privilege and I'm grateful to the support from staff, players, coaches and supporters over the years.

"I'd like to express my thanks to Bedford Blues and Harlequins - my two previous clubs - as well as my family and friends for their support throughout my career."

Chairman Chris Booy added: "Roy will go down as one of the all-time greats at the Memorial Stadium. He can be immensely proud of what he has achieved at Bristol."