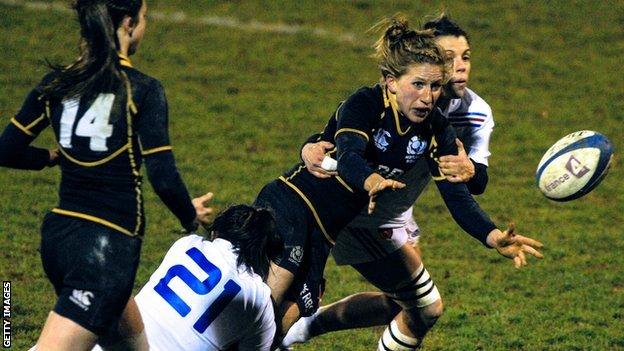 MPs have called for proposals to split the women's Six Nations into a two-tier championship to be rejected.

The All Party Parliamentary Group on Women's Sport and Fitness criticised plans to create two divisions.

"To downgrade the tournament would be a devastating blow both to the players and all of the young women who grow up dreaming of representing their country," said co-chair Barbara Keeley.

The Six Nations committee could vote on the proposals on 10 April.

If approved, the 2013 champions Ireland, would join England and France and in a top division with Italy, Scotland and Wales in the second.

The proposed changes are understood to be driven by the financial costs associated with staging women's internationals.

The parliamentary group has written to the chief executives of the English, Welsh, Scottish and Irish rugby unions asking them to reject the plans.

Keeley added: "The Six Nations is the biggest annual tournament in women's rugby, and is much loved by both fans and players.

"At a time when the majority of women and girls do not do enough exercise to benefit their health, we should be inspiring them to take up more sporting activities, not limiting their options."