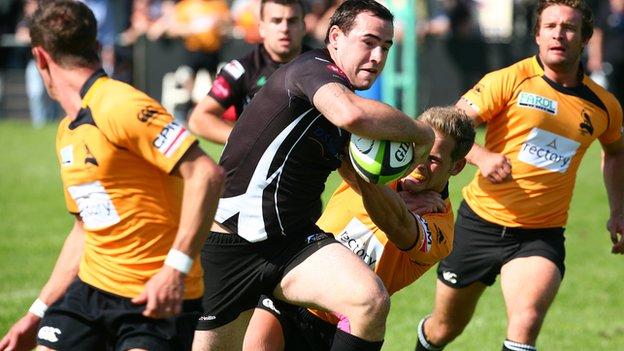 Launceston All Blacks coach Cliff Rainford wants his side to finish the season on the front foot.

The All Blacks are currently sixth in National League Two South and face bottom-placed Barking this weekend.

"We've set ourselves some targets and we don't want to just tail off," Rainford told BBC Radio Cornwall.

"What we take out of the last four games we can carry into next season so we want to put as many points on the board as possible."

Launceston beat Barking 61-0 earlier in the season but Rainford isn't worried about a big scoreline this time around.

"It's all about the win, you can't take anything for granted in this league, if you do you suffer the consequences," he added.