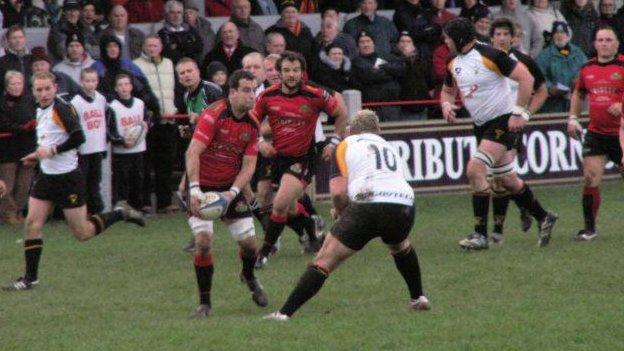 Redruth captain Chris Fuca wants a change in the club's fortunes ahead of their trip to second-placed Henley.

The Reds' run of four successive defeats has seen them slide out of the promotion picture.

"It's been a combination of things, but mainly our luck just ran out," Fuca told BBC Radio Cornwall.

"I think Saturday is a massive challenge against Henley but going there as underdogs will suit us and we go there with a strong mindset."

Redruth beat Henley 17-11 earlier in the season and Fuca believes his side can get a result.

"We know where we've gone wrong and it's nothing major," he added.

"We don't know what's happening with Greg Goodfellow but other than that we go up there at full strength.

"It's easy to look at them and think they're a good side but we can beat anyone on our day - we just have to get it right for 80 minutes."