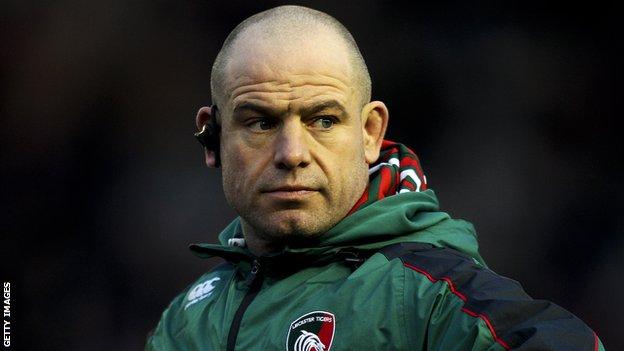 Leicester Tigers director of rugby Richard Cockerill has urged his players to get excited about Sunday's Heineken Cup quarter-final against Toulon.

Cockerill is concerned about his side becoming blasé when it comes to competing in big games.

Tigers have played in eight successive Premiership grand finals and made it to the last eight in Europe 11 times.

"Sometimes you get to big games and you can take them for granted," Cockerill told BBC Radio Leicester.

"You have to enjoy and embrace the opportunity.

"There are some lads in our squad who have never not been to a grand final so it then it becomes less significant.

"We are going there to enjoy the occasion, but that is not to say that we are not taking it seriously."

Leicester's big game experience also has its perks, with Cockerill prioritising a team run at the 15,000-seater Stade Felix Mayol on Friday to ensure the players realise they have performed on bigger stages.

Racing Metro upset Toulon in January to become the only team since September 2011 to defeat the Top 14 leaders at home.

"There is a lot of rumour and speculation about how hard and difficult a place it is to go and play," Cockerill said.

"It is 15,000-seater stadium, a pitch, and we will get there and the lads will see that they have played at bigger and more impressive stadiums the whole time.

"We want to try knock that myth away and get used to the surroundings.

"We will not go there afraid. We will go there with respect for them for obvious reasons, but we go there to play and have a crack of them."