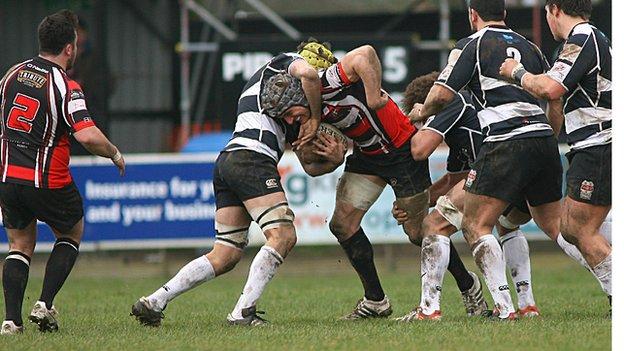 Cornish Pirates head coach Ian Davies believes his side must take their chances if they are to beat Munster in the British & Irish Cup on Sunday.

Munster are the current holders having beaten Cross Keys in last year's final.

"We have to take our chances as we won't have many against them," Davies told BBC Radio Cornwall.

"It will be a tough game for the boys, no matter what side they put out it's still Munster and they are one of the biggest names in world rugby."

Pirates won the first ever B&I Cup in 2010, beating this weekend's opponents in the final.

"We have a decent record against them," Davies added.

"The line-out will need to be much better this week as last week it was quite shambolic, but we've worked on it.

"You don't get a lot of opportunities to play for cups and trophies so we'll be doing our best."

Gavin Cattle returns to the Pirates line-up for the weekend's match and Aaron Penberthy will be his half-back partner.

Wes Davies is set to play at full-back with Grant Pointer moving to the wing.