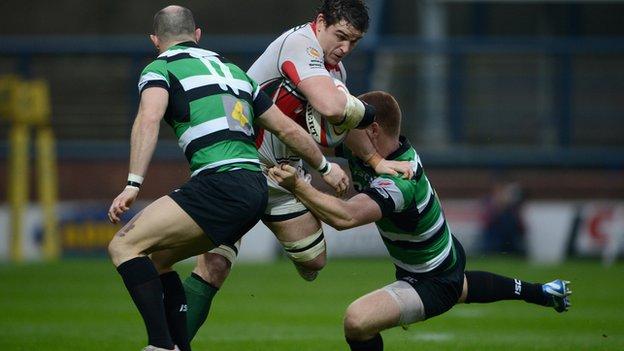 Canada captain Aaron Carpenter is among five new signings announced by Cornish Pirates for next season.

The 30-year-old forward, currently with Plymouth, has won 45 caps and was part of the 2011 World Cup.

Wing Wes Davies, 35, will retire at the end of the current season.

He is one of three players who will be leaving the club, with prop Paul Andrew having already agreed to join Worcester Warriors and flanker Phil Burgess accepting a full-time contract with the England Sevens squad.