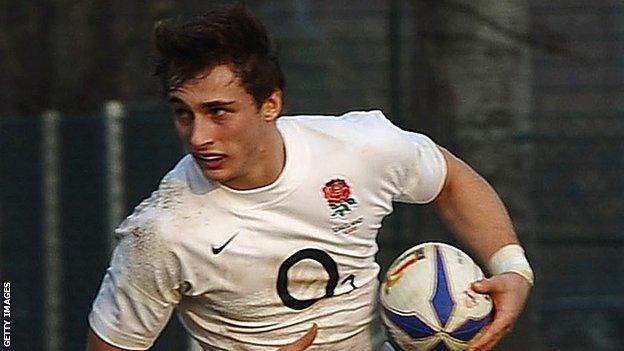 Wasps have signed Bedford Blues winger Josh Bassett on a deal for next season.

The 21-year-old has scored 11 tries in the Championship this term and received a call-up to the England Under-20 squad last year.

"Josh fits the bill perfectly for what we are trying to achieve here," said Wasps boss Dai Young.

"He's young, ambitious and he'll be an excellent addition. He's got a big future and we're looking forward to seeing what he can do with us."

Bedford boss Mike Rayer added: "Everyone is delighted for Josh and we wish him every success as he takes the next step in his career.

"He has worked extremely hard to continuously improve his game and it is a true testament to the club and its coaches when Premiership clubs pick up such exciting talent from our league."