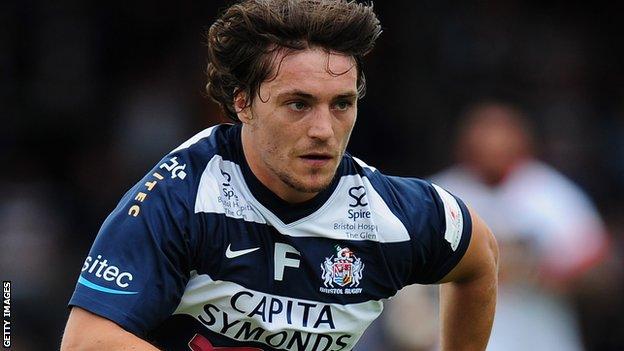 Five players have signed new deals with Championship side Bristol.

"They understand what we are trying to achieve here," said director of rugby Andy Robinson.

"Their contributions to the club - on and off the field - have been outstanding. I'm looking forward to working with them as we move forward."

Eves is a product of Bristol's academy and has made 94 appearances since his debut in 2005.

The 23-year-old had a spell with Newcastle before returning to the West County in January 2012 and has started every Championship game this season.

Lilley, 25, penned a permanent deal with Bristol last summer after spending time with the club on a dual-registration from Bath.