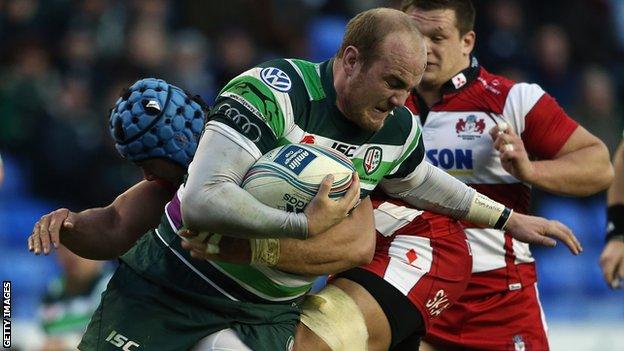 London Irish lock Matt Garvey has agreed to join Bath for the start of next season.

The England Saxons forward came through the Exiles' academy and has made 82 appearances for the club, including 16 in the Premiership this term.

The 25-year-old joins Irish team-mate Jonathan Joseph in making the switch to the Rec outfit this summer.

"The reason he has come here is because he wants to be a better player.

"We sold him the fact that Bath is not only a fantastic place to be but that we are going to make him a better player. He's driven to do that."

Garvey added: "Bath is a great club and an incredible set-up. I know that the environment there is a tough one, but I am sure it is also one that will make all of us better players.

"I look forward to joining the squad, and to testing myself amongst the players there and fighting for a place in the team."