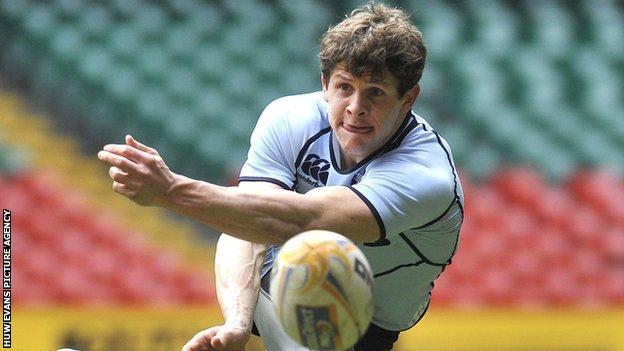 Cardiff Blues will be without scrum-half Lloyd Williams for up to four weeks with a knee injury.

Williams will miss the home match with Zebre on 13 April and the following Saturday's trip to the Scarlets.

But it is hoped Williams could return against Ulster in the last match of the regular Pro12 season on 3 May.

With rival Wales scrum-half Mike Phillips likely to be selected for the British and Irish Lions squad to tour Australia this summer, Williams is favourite to wear Wales' number nine shirt in their June tour to Japan.