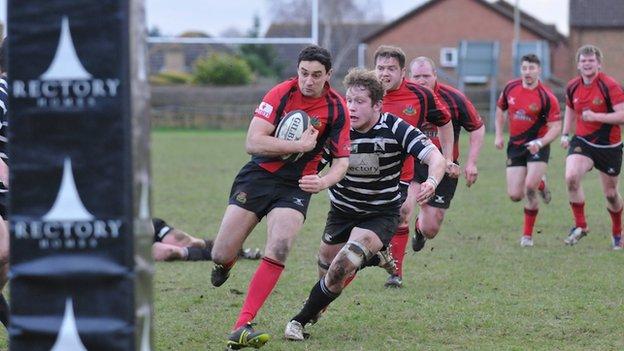 Redruth coach Adrian Edwards says he was left frustrated by the manner of his side's 36-28 defeat by Shelford.

It was the fourth straight defeat for Redruth who are now fourth in National League Two, four points behind nearest rivals Hartpury College having played one match more.

"We seemed to be in control," Edwards told BBC Radio Cornwall.

"We scored some good tries but allowed them in and gave it all away at the end, it's very frustrating."

Redruth led 15-7 at half-time after Thomas Notman and Greg Goodfellow went over for the hosts's either side of Charles Baker's reply for Shelford.

But Edwards' side could only manage a solitary penalty try after the break whilst the visitors scored four.

"We've got a different team out every week which doesn't help as there's no continuity," Edwards added.

"We've lost three big players through injury which does have an impact.

"But we've got nothing out of a game we've dominated which is disappointing."