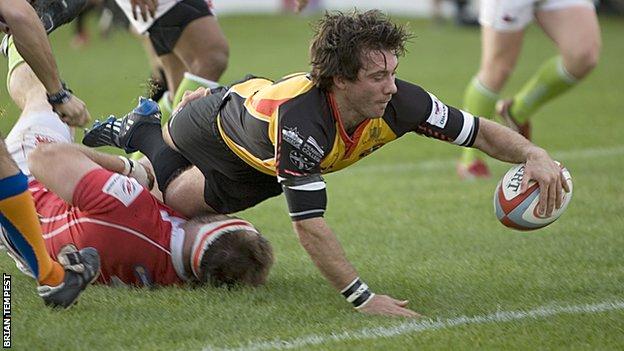 Cornish Pirates fly-half Jonny Bentley could play for the first time since November 2011 on Easter Sunday.

The 26-year-old New Zealander last played for the Pirates in their at the Mennaye on 6 November 2011.

Bentley had Achilles surgery almost a year ago, having missed the start of last season due to an abductor injury.

He last completed 80 minutes for the Pirates in October 2011, scoring a try as they

Bentley was first choice fly-half for the Pirates after moving to Cornwall in the summer 2009 up until his injuries at the start of last season, scoring 16 tries and kicking 77 points for the club.