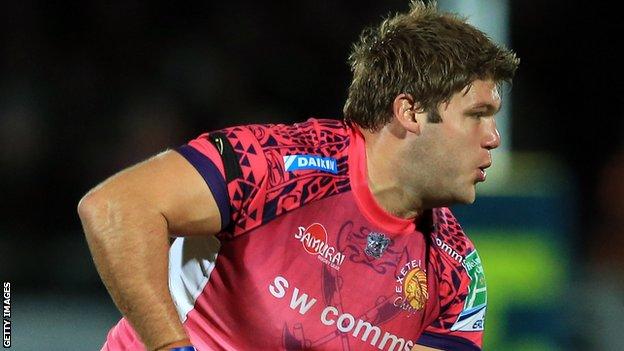 Former Doncaster prop Brown, 23, has signed a two-year deal, having

Back-row Ewers, 22 and 21-year-old hooker Cowan-Dickie are both products of the club's academy system and have agreed one-year deals.

Ewers has played 26 games for Exeter since making his debut in the British and Irish Cup in November 2009 and has scored two tries.

He spent most of last season on dual-registration at the Cornish Pirates and and started both legs of the Championship play-off final against London Welsh.

Cowan-Dickie has made one appearance for the Chiefs but has

"What we want to do is make sure we keep the blend the right way," Exeter head coach Rob Baxter told BBC South West Sport.

"The important thing is keeping a blend, and a blend that develops and improves together."