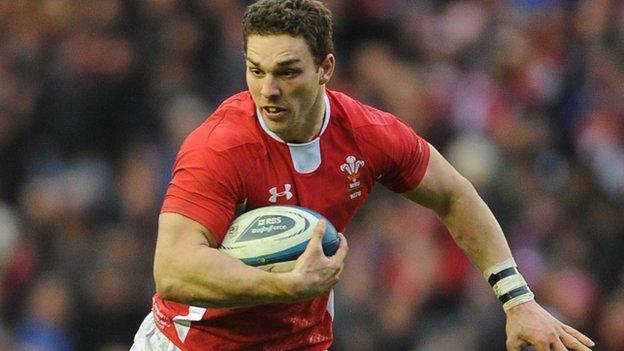 It will be a disaster for Welsh rugby if Wales wing George North leaves the Scarlets to join Northampton, according to head coach Simon Easterby.

North's agent has said talks are taking place between Scarlets and Saints over a potential transfer.

The Welsh region are refusing to confirm the talks, but Easterby's comments suggest a move is possible.

"It would be a disaster really for us and for the rest of the regions and for Welsh rugby in general," he said.

"George North is an exceptional talent. He's come through our region, we've supported him developed his skills, he's not played for another side either so we're desperate to keep hold of him.

"The last thing I want to do is lose players of George's quality."

North, 20, was a key player in Wales' successful defence of their Six Nations title, and is expected to tour Australia with the British and Irish Lions this summer.

If North was to join the Saints, he would be the latest in a long line of high-profile players to leave the Welsh domestic game for England or France.

Fellow Wales stars Jamie Roberts and Dan Lydiate have already confirmed they will be playing outside Wales next season.

And Easterby believes something has to be done to assist the four region who are struggling financially and will be operating under a self-imposed £3.5m salary cap next season.

"We are limited in terms of finances as a region and I'm sure there's lots of debate around what the union [Welsh Rugby Union] can and can't do," he said.

"I don't think Warren Gatland and Rob Howley would be too keen on trying to retrieve those players from England and France when they need them for preparations and that's only going to get worse is something isn't resolved."

Added Easterby: "It's not helping the national team. They've had limited preparation time with the bulk of their team for the Irish match and you saw the results of that.

"And it certainly won't increase our ability to win tournaments if we're losing all the quality Welsh players either from outside the regions."

The Scarlets are to lose two other players - wing Andy Fenby and fly-half Owen Williams - to English clubs.

London Irish have signed Fenby on a three-year-deal, while Leicester Tigers have agreed a deal to sign Williams at the end of the season.