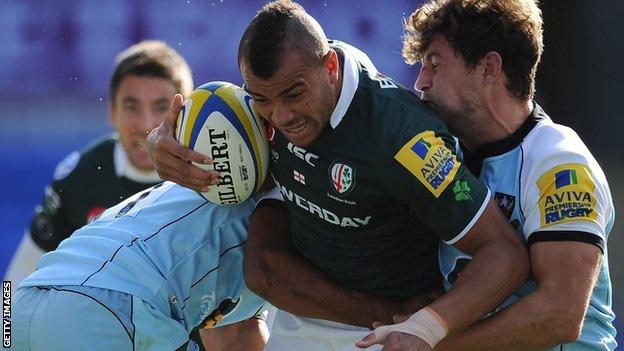 London Irish centre Jonathan Joseph will leave the club at the end of the season to join Premiership rivals Bath.

The 21-year-old, who has four caps for England, turned down a new contract with the Exiles in order to make a move to the Rec.

Joseph came through Irish's academy system and has made 41 Premiership appearances, scoring 13 tries.

"He's one of those players who has got such an attacking flair. We want to play a brand of rugby that asks a lot of questions - JJ ticked every box from that point of view.

"To be able to get a player of his quality is an exciting coup. We're very grateful he had the confidence to come to the club."

After impressing for the England Under-20 side, Joseph made his senior debut against South Africa in last year's three-match series.

He was included in Stuart Lancaster's 32-man squad for the Six Nations, only for injury to force him out of contention.

However, Gold is hoping Joseph will be given more international opportunities during his Bath tenure, adding: "We're pretty excited that he's been capped already and hopefully we can play a small part in developing English rugby players.

"From our point of view as a club, we are quite intent on finding the best English guys.

"We want to have a predominantly English-qualified squad and we've set out to fulfil those positions."