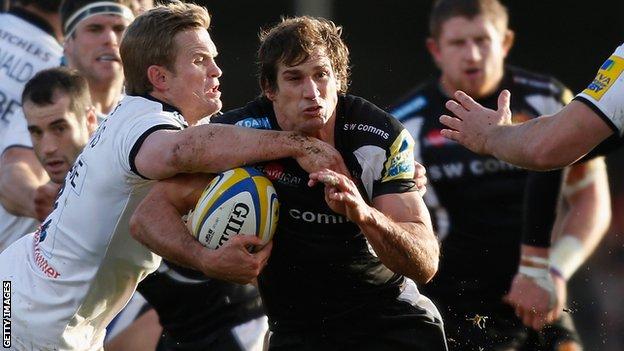 Exeter head coach Rob Baxter says it is "unlikely" that the club will offer him a new deal at Sandy Park.

Camacho has been at Exeter for two seasons, scoring three tries, but has missed large chunks of time while away on international duty.

"It's a difficult one for us and at this stage it looks unlikely that we're going to offer him a new contract for next year," Baxter said.

"He's aware of that and has been aware of that for a little while and he's assessing his options," he added to BBC South West Sport.

Camacho and has been part of the Argentina World Cup and Championship squads, as well as featuring in last autumn's internationals.

"It's tough for us with the Argentinean thing and with the emergence of Jack Nowell and other guys coming through," Baxter said.