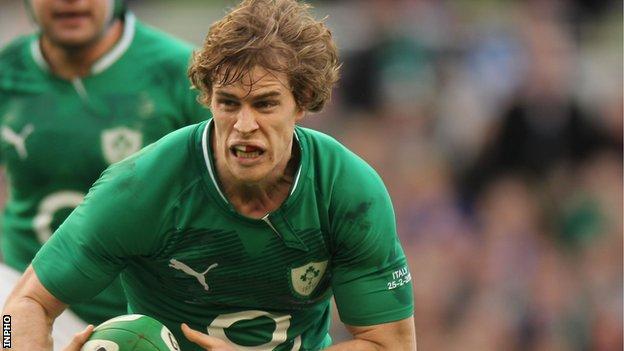 Ulster winger Andrew Trimble has signed a new two-year contract with Ireland, which will also see him remain at Ravenhill until at least 2015.

The 28-year-old has played for the Irish province 155 times and has scored an Ulster record tally of 50 tries.

He is on track to break his personal record of 10 tries in one campaign, having scored eight so far this season.

He made his Ireland debut against Australia at Lansdowne Road in 2005 and his most recent cap was against South Africa in an autumn international in November.

"Andrew is a world-class finisher and a hugely important member of our squad," said Ulster director of rugby David Humphreys.

"This deal will take him to a decade at Ravenhill and that reflects both his remarkable consistency of performance and his unwavering commitment to his province."