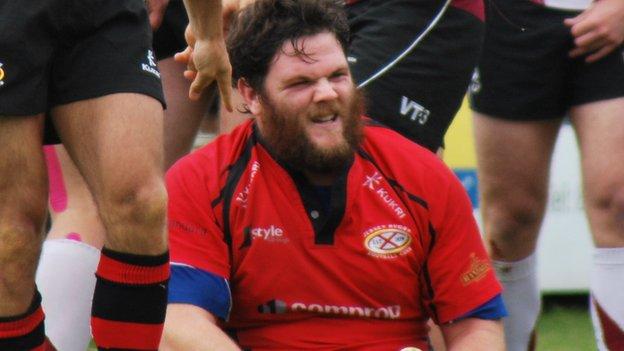 Jersey prop Jon Brennan believes his side have enough quality to avoid relegation from the Championship.

"We contested the match well at times and we're quality enough to have beaten them," Brennan told BBC Radio Jersey.

"We've gone from level seven of the pyramid to level two and we're now disappointed that we've lost to a team who are 14th in the nation."

Brennan, 31, is the club's longest-serving player and in his 10th season at St Peter.

He has been part of the island side which has been

Jersey gained a bonus point from the weekend's match which leaves them six points above bottom-placed Doncaster.

"We're not really looking at Doncaster, we're looking at our games," added Brennan.

"We're looking to have our destiny in our own hands which we still do, we don't want to rely on other teams losing."