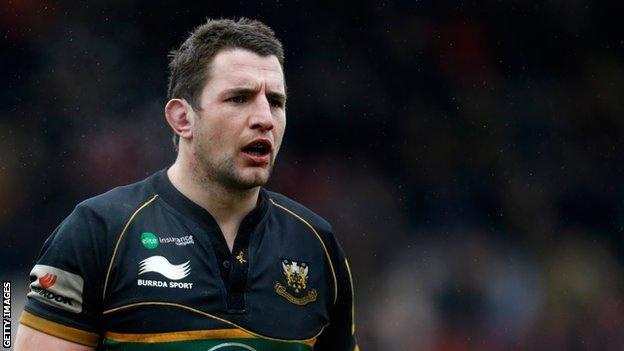 The 31-year-old, who arrived from Newcastle in 2009 and has seven England caps, has played 26 times this season and scored five tries.

"I've become very settled in Northampton since arriving here four years ago," the experienced back row told the club website.

"I've had a great time and made a lot of friends and that's borne out by the fact that I want to stay here."

Dowson has not featured for England since last year and his most recent international start came against Italy in the 2012 Six Nations.

However, that has allowed him to concentrate on his Saints career and the flanker has taken his total number of appearances for the Franklin's Gardens side to 116.

"Phil is very much one of our senior players, on and off the field," said Saints director of rugby Jim Mallinder.

"Regardless of whether he is named captain or not he always leads by example and puts in one top quality performance after another.

"His levels of consistency and durability, not to mention his experience at all levels of the game, mean that he will be an important player for us as we continue to build a squad we believe can compete at the top end of every competition we play in next season."

Hooker Ross McMillan, 25, has also agreed a new deal with the club, but prop Soana Tonga'uiha, 31, is leaving Saints at the end of the season to join French club Racing Metro.