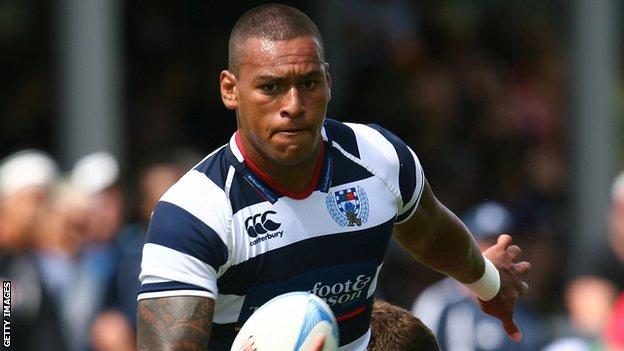 Fijian Hughes, 21, who can also operate at flanker and lock, has featured 19 times for his New Zealand club since his debut in 2011.

Pitman, 23, also has experience of playing in New Zealand with Taranaki.

He has also represented Glasgow and Ospreys and appeared for Wales at under-16, under-18 and under-20 level.

"Nathan is a very exciting young prospect with a real appetite to better himself," Wasps director of rugby Dai Young told the club website.

"He offers us huge versatility, being able to play three positions, and he's a very strong ball carrier.

"I've known about Rory's ability for some time and I think he has a lot of potential. He's a very good player and if he knuckles down here and takes his opportunity he has a big future."