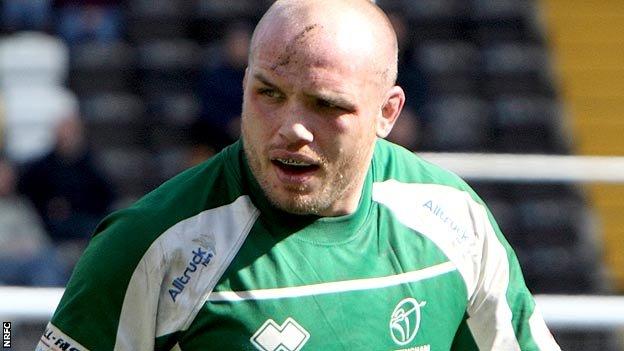 The 30-year-old has been a key figure for the Green & Whites this season, playing 20 games and helping them climb to second in the Championship table.

The former Leicester and Wasps forward said: "I had a great time here last year and this year has been fantastic.

Holford is the latest player to commit his future to the club after earlier this week.

Newcastle are runaway leaders of the Championship, but Nottingham seem likely to end the season in the top four and qualify for the play-offs.

With five games left to play, they are 11 points clear of fifth-placed Bristol, who they beat last week.