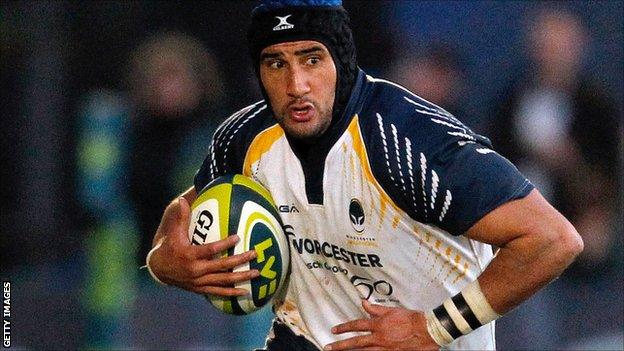 London Irish have bolstered their back row options for next season with the signing of Blair Cowan from Worcester Warriors on a three-year-deal.

The 26-year-old has made 20 appearances, scoring seven tries, since joining Worcester from Cornish Pirates.

"Blair Cowan is a player we've been tracking for some time," said London Irish director of rugby Brian Smith.

"There are a lot of tough players in this league, but not a lot tougher than this guy."

He continued: "Blair is a great fit for us, he can play all three back row positions and he's a try scorer.

New Zealand-born Cowan, who is 6ft 2ins and weighs over 16 stone, made his name by scoring 26 tries in 79 matches for the Pirates.

And he said he was excited by the challenge awaiting him at the Madejski Stadium next season.

"I'm looking forward to moving down South and joining London Irish," he added.

"There are a lot of great players at the club and a lot of potential to match. I would like to thank Worcester Warriors and wish them all the best for the future."