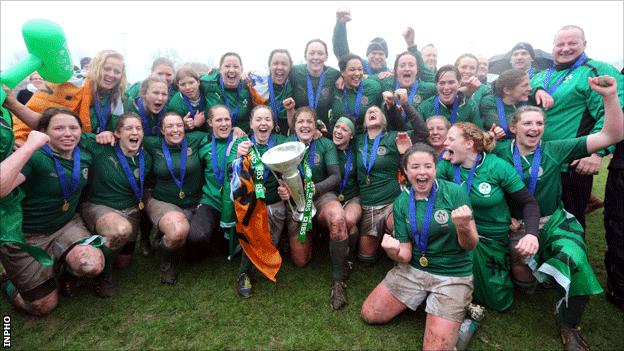 Ireland's women completed their first Six Nations Grand Slam by edging out Italy 6-3 in a tense final match in Milan on Sunday.

The Irish trailed to a Veronica Schiavon penalty after three minutes but full-back Niamh Briggs levelled with a penalty 10 minutes later.

The pitch in Parabiago grew steadily muddier throughout, preventing the visitors from showing the attacking flair which had marked their earlier victories in the series.

Briggs went closest to scoring Ireland's only try after 20 minutes but she knocked the ball over the try-line.

Schaivon was short with a penalty attempt entering the final quarter and a late charge by the Italians failed to yield the points they required.