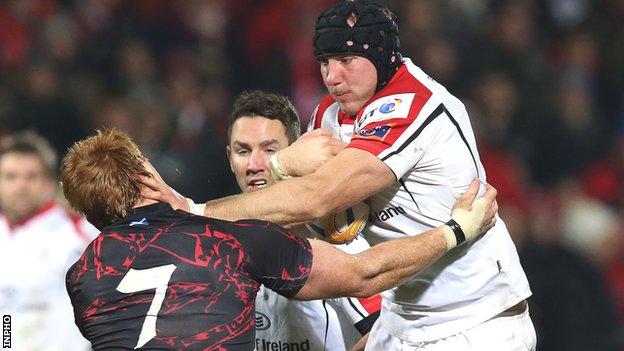 Ulster flanker Stephen Ferris is considering a possible move to a Japanese club at the end of the season.

The injury-plagued forward's IRFU contract expires on 30 June and a number of overseas clubs are interested in signing the Ireland player.

This includes an unnamed club from Japan, but Ferris has had no formal negotiations with any party to date.

Meanwhile, Andrew Trimble is expected to a sign a new two-year contract this week which will keep him at Ulster.

Ferris has struggled with injury in recent years and the 27-year-old will miss the rest of the season after having a second operation on an ankle problem.

He was selected for the 2009 British and Irish Lions squad but, after making a brilliant early impression in South Africa, suffered a knee injury which ended his tour.

He also missed the 2011 Six Nations campaign and last November's internationals because of injury.