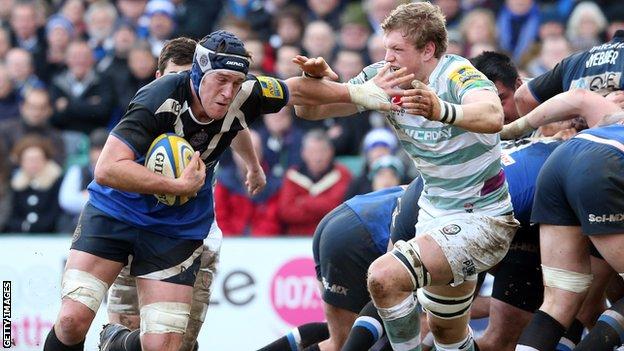 The 29-year-old back-rower becomes the seventh Premiership player to agree a move to the Championship club for the 2013-14 campaign.

Skirving made 99 league appearances for Saracens before signing for rivals Bath in 2009.

Capped once for England in June 2007, he has played 97 games in all competitions for the Rec outfit, including 18 so far this term.

"Ben is a very impressive individual with a wealth of experience," said head coach Liam Middleton.

"He's a widely respected professional who can become an integral member of our squad. Ben is a powerful ball carrier, a hard worker and gives us plenty of options in the lineout.

"We're trying to build a squad with the right balance of youth and experience - Ben fits the bill of a player in the prime of his career."

Skirving added: "Bristol is a fantastic club and one that are making positive strides on and off the field.

"Liam's project to drive Bristol forward is one that I'm excited about and looking forward to contributing to.

"To be part of a club that matches my own ambitions as a player is something I feel very positive about."