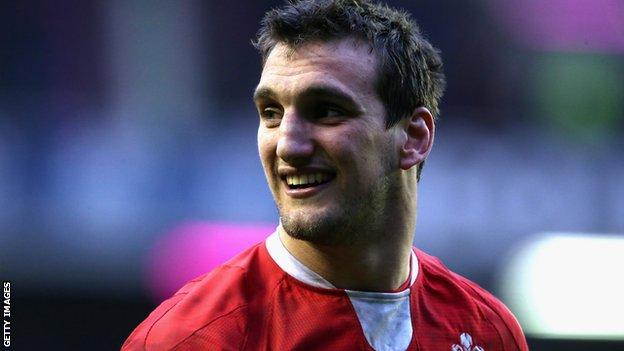 Wales legend Gareth Edwards believes Sam Warburton has put himself firmly back in the picture for British and Irish Lions selection.

Warburton, 24, was man-of-the-match on his return to the Wales starting line-up in the 28-18 win in Scotland.

Cardiff Blues flanker Warburton did not start in the wins over France and Italy but returned in place of Justin Tipuric against Scotland.

Ryan Jones, who went off with a shoulder injury at the start of the second half against Scotland, had replaced Warburton as Wales captain and skippered the side in Murrayfield.

Warburton, who had previously been tipped as a possible Lions skipper for the summer tour to Australia, denied he felt he had a point to prove following his recent omission.

"He had a lot of pressure on him but he delivered the goods," former Wales scrum-half Edwards told BBC Radio Five Live's Sportsweek programme.

"He was very physical and great in the tackle area. Lots of questions were asked - should Tipuric have been left out? - but we have the beauty of two outstanding young players.

"I thought Sam Warburton really put himself back into the frame as far as the Lions is concerned as well. He really had an outstanding match."

Wales host England in their final Six Nations match at the Millennium Stadium next Saturday, a game which will decide the winners of this season's championship.