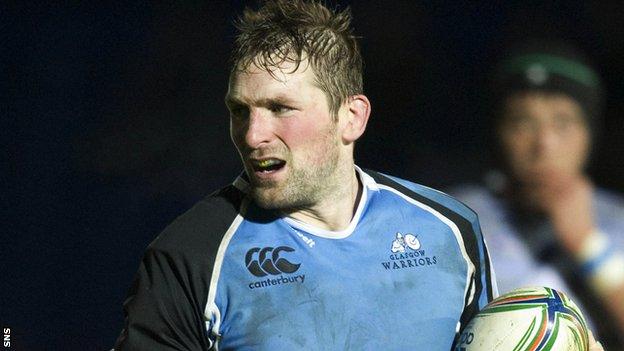 Scotland flanker John Barclay has confirmed he will leave Glasgow Warriors at the end of the season.

"The club has been a huge part of my life," he said.

Glasgow head coach Gregor Townsend said: "John has been a fantastic player for the club and we would like to wish him all the best for the future."

Barclay, who has 41 caps, thanked the club for their support during his nine-year stay, adding: "I'm looking forward to being involved in some big games between now and the end of the season."

Townsend described Barclay as "a fantastic player" who will remain at the club until the summer.

"It is great to be able to call on a player of his ability and experience for what could be some of the most important games in the club's history," Townsend added.