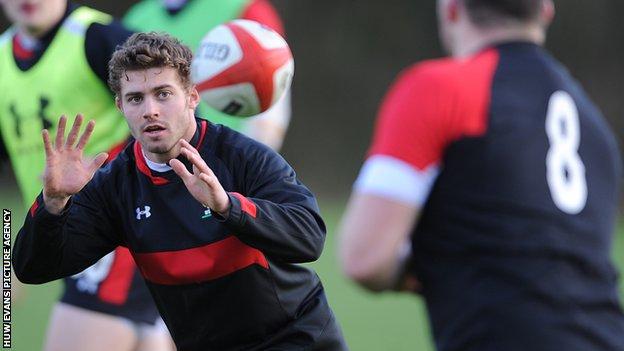 Wales are confident Toby Faletau and Leigh Halfpenny will be fit to start Saturday's Six Nations match against France in Paris.

Number eight Faletau and full-back Halfpenny have been wearing protective boots "as a precaution" this week.

But both took part in Friday's final training session before facing the French in Stade de France.

"Everyone trained today [Friday]. Everyone's come through unscathed, as far as I know anyway. No late dramas.

"It's a big game for us, one we're looking forward to and everyone seems raring to go."

In light of the concern over Faletau, uncapped Cardiff Blues back-rower Andries Pretorius has travelled with the squad to Paris. Wales had announced on Thursday that he had been released back to his region.

Faletau and Halfpenny were two of a few Wales players to emerge with any credit from the opening defeat to Ireland.

Goal-kicker Halfpenny scored a try in his 12-point haul in the 20-30 defeat, while Faletau was Wales' most effective ball-carrier.