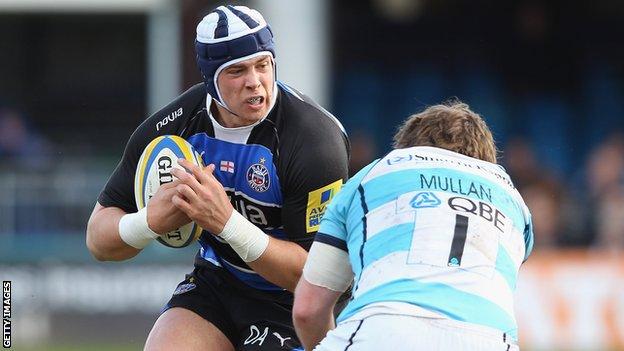 Stringer, 35, signed a short-term loan deal from Munster in January and will now remain at the Rec until the end of the current campaign.

Head coach Gary Gold said: "These boys are the players around whom you can build a squad. 'Strings' has been superb, both on the field and off it."

He added: "We are delighted to have retained a man of his experience. His influence will not only help the first team, but the aspiring professionals too."

Capped 98 times by Ireland, Stringer has made 15 appearances for Bath, scoring two tries.

England international Wilson started his career at Newcastle before moving to the West Country at the start of the 2009-10 season.

Attwood has made 34 Premiership appearances in two seasons with Bath, having previously had spells with Bristol and Gloucester.