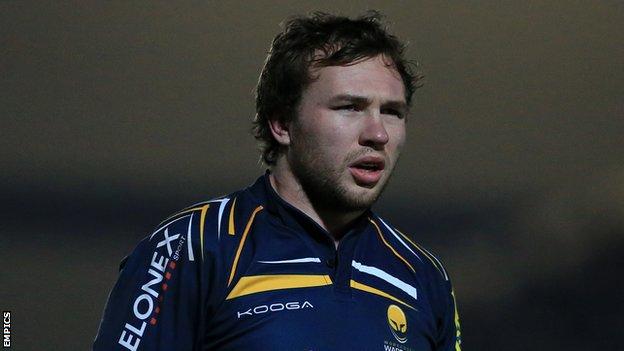 Worcester Warriors prop Matt Mullan will join London Wasps at the end of the season.

The 25-year-old, who has won one cap for England, came through the club's academy and made his debut in 2007.

"I have had a great eight years at Worcester and leaving your hometown club is always hard," Mullan said.

"However, I felt the time was right for a new challenge and I am looking forward to joining up with London Wasps next season."

He added: "With lots of other aspiring young English players, I hope to be part of a successful side there in the coming years."

Wasps director of rugby Dai Young said: "Matt's achieved plenty in his career to date but I believe there is a lot more to come from him.

"He will add to our growing base of young English talent."