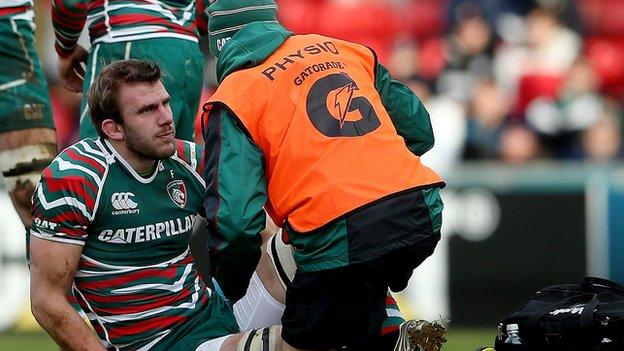 Leicester Tigers director of rugby Richard Cockerill says the back injury Tom Croft suffered in the LV= Cup win over Wasps on Saturday is not serious.

The England flanker was making just his second start in eight months after a neck injury but was forced off after 11 minutes of the 34-8 win.

Cockerill told BBC Radio Leicester: "He had a bang to the ribs but he's OK.

"It just stiffened up a bit and he couldn't continue. Hopefully in a week he will be fit and raring to go."