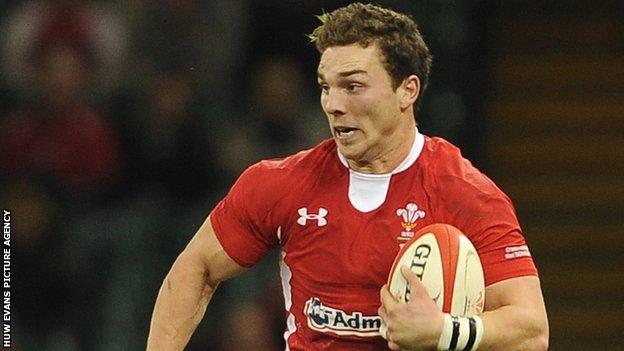 Wing George North is hoping that the task of defending last season's Grand Slam will spark Wales into form.

Wales are on a seven-Test losing streak, including defeats in all four autumn internationals in Cardiff.

They begin their 2013 Six Nations campaign at the Millennium Stadium against Ireland on 2 February.

"With the Six Nations... we got last year's Grand Slam so hopefully we can push on from that and carry that forward," North said.

"We've had our dip in form now, we know we were doing a lot of things wrong and certain things right, and we'll work on that now."

Eli Walker is one of five uncapped players named in interim coach Rob Howley's 35-man squad for the championship.

I've grown up playing with Eli Walker and it's good to see him, he's on fire at the moment

The Osprey is one of three specialist wings alongside North and Alex Cuthbert, although full-backs Leigh Halfpenny and Liam Williams have also shown their mettle there.

North says that Walker's inclusion is well deserved after an impressive string of performances for Ospreys.

"It's all down to merit. With form comes chances and he's playing really well," said the Scarlets wing.

The 6ft 4in, 17st North has often been mooted as a potential convert to centre, but even with added competition on the wing the Scarlet played down the chance of a positional switch.

"Same old isn't it really, we talk about that every time we're in camp!" North added.

"What will be, will be. The quality of centres we've got here - Jamie [Roberts], Jon [Davies], Scott [Williams] - I wouldn't like to really go up against those three even for half a chance.

"At the moment I'm just happy to be on the pitch if selected."