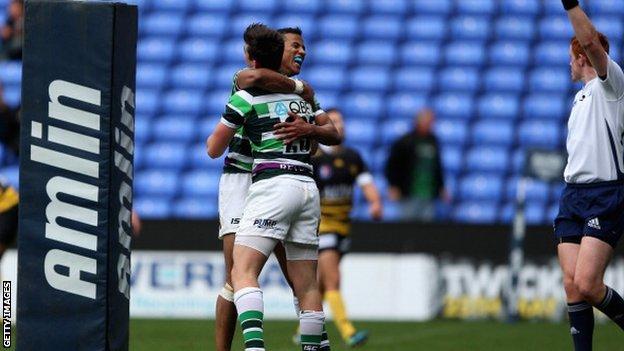 A young Exiles side led 10-0 at the break thanks to Moates' try and five points from Steven Shingler's boot.

The visitors gained a 17-0 lead when Matt Garvey kicked ahead and Moates touched down before Shingler converted.

Two tries from Simon Lucu, the second a length-of-the-field effort, was not enough to secure a late comeback.

London Irish's victory, their third in the competition, means they still have hope of pipping Gloucester into the last eight.

Although, for that to happen the Exiles must win their last match and hope Gloucester lose both their remaining matches, away at Bordeaux on Friday and at home to Mont de Marsan on 19 January.