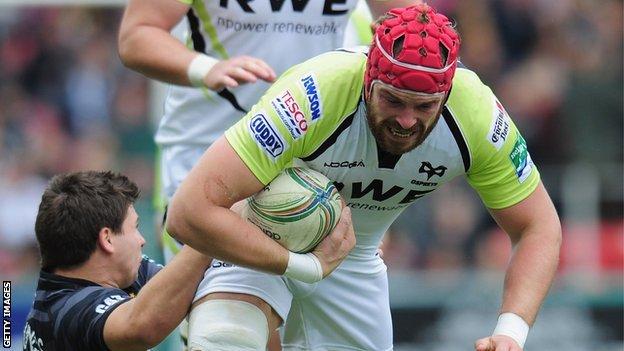 The 67-times capped second-row could be back in action before the end of February.

"Rehab is going well," Jones said. "I am itching to get back involved, but when exactly that will be is down to how the next few weeks go."

A return on schedule would make Jones available for Wales' final two 2013 Six Nations internationals against Scotland and England.

"I am on track, so I've just got to put the hard work in now," said Jones.

"I am in good hands with the Ospreys medical and conditioning teams and I know that they will look after me."

Wales have a number of injury problems ahead of their defence of the Six Nations title which starts against Ireland on 2 February.

Fly-half Rhys Priestland is out of the 2013 campaign because of a torn Achilles tendon and is a doubt for the British and Irish Lions tour next summer.